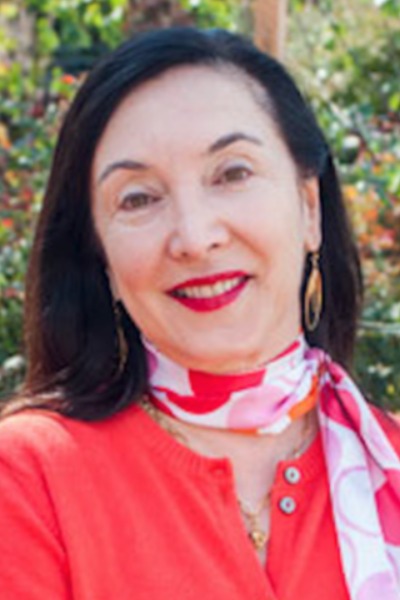 Dr. Laura Ann Petitto is a Cognitive Neuroscientist and a Developmental Cognitive Neuroscientist widely known for her discoveries about the biological foundations of language. She has uncovered key brain structures underlying early human language processing and, with brain imaging technology called functional Near-infrared Spectroscopy (fNIRS), she has tracked the typical and atypical development of these brain structures across the human lifespan (infants through adults).

Presently, Petitto is the Scientific Director of the Brain and Language Laboratory, BL2, supported by Gallaudet University, the National Science Foundation, and the National Institutes of Health. In this lab, Petitto and her team of undergraduates, graduate students, and post-docs study the neural processing of American Sign Language (ASL), how children learn to read, and the effects of early bilingual language exposure on the developing brain and its functions. Petitto came to Gallaudet University in Summer 2011, when she was recruited to be the Co-Principal Investigator as well as the Science Director of one of six National Science Foundation Science of Learning Centers in the United States, which is located at Gallaudet University, the“Visual Language and Visual Learning Center (VL2).” Petitto is also a Professor in the Department of Psychology at Gallaudet University as well as an Affiliated Professor in the Department of Psychology at Georgetown University. The relationship between the NSF Science of Learning Center, VL2, and the Brain and Language Laboratory, BL2, is a strong and important one. The VL2 Center members collaborate with approximately 15 labs spanning the United States and Canada, each of which focuses on different aspects of visual processing, language, and literacy, as well as innovative translation. The BL2 lab is one of those labs.

Petitto is also known for her discoveries involving animal language and animal communication in chimpanzees, following from her groundbreaking roles as Primary/Head Teacher and Project Coordinator of “Project Nim Chimpsky”, at Columbia University. She lived with the chimp and attempted to teach it sign language as his primary surrogate mother. As a result, Petitto and her colleagues have authored several of the world’s influential scholarly articles on the ape and human minds.

Petitto is further known for her discoveries about Bilingualism and the Bilingual Brain. She has identified the neural tissue and systems in the human baby’s brain when it is acquiring one language versus two languages. Petitto is also known for her discoveries about Reading and the Reading Brain. She has studied monolingual and bilingual children when they first begin to Read, achieve skilled Reading, and when monolingual and bilingual adults Read and process language. Her body of work includes the discovery of babbling on the hands in Deaf children exposed to signed languages (Manual Babbling), studies of the brain-based systems that govern mouth asymmetries in hearing children's vocal babbling, the maturational timing of bilingual children's achievement of the classic language milestones, and the similarities and differences between all children's early gestures and early language (first words, pronouns). Petitto has further made fundamental discoveries involving the acquisition, grammar, and brain organization of the signed languages of Deaf people, in particular, American Sign Language. Petitto is widely known for advancing a testable theory about the biological and environmental factors that, together, make possible human language acquisition.

Petitto has also played a pivotal role in the creation of a new scientific discipline, called Educational Neuroscience, otherwise known as Mind, Brain, and Education, which applies core discoveries in the developmental brain sciences to prevailing problems in education.

Petitto is the author of over 100 scholarly articles, the winner of 3 major awards for her outstanding teaching, and the recipient of over 25 international prizes and awards for her scientific discoveries, including the 1998 Guggenheim Award for her “unusually distinguished achievements in the past and exceptional promise for future accomplishment in the discipline of Neuroscience.” In February 2009, she was appointed Fellow of the American Association for the Advancement of Science (AAAS), as well as Fellow of the Association for Psychological Science (APS).